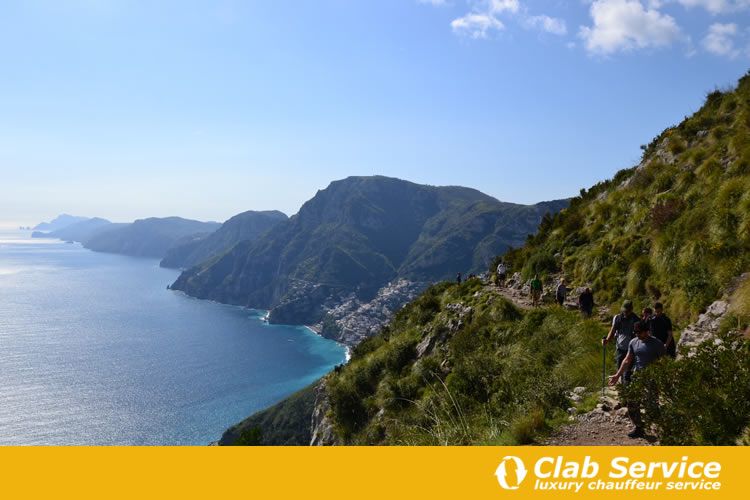 Path of the Gods: hiking in the Amalfi Coast is magical

By Alessia Baldassarre IN Road trips at 18 January 2018

If you love hiking and you want to lose yourself in one of the most enchanting itineraries of the Amalfi Coast, the Path of the Gods will take you to discover a unique place in the world.

Only here, actually, you can walk among rocky hairpin bends and creep in lush woodland trails. And you can enjoy an explosion of spectacular views, suspended between myth and history. Only here you can breathe a legendary atmosphere, mixed with the salty scent of crystal clear waters as far as the eye can see. We are going to take you where every hiker’s dream really becomes a reality.

We are about to enter a magical dimension, where something never experienced will surprise you. We are about to set out on the Path of the Gods, where everything speaks the language of beauty and immensity. Come on! Backpack, comfortable boots and eyes opened: let’s go.

Path of the God: a 5 miles long dream

A favorite destination for hiking and walking enthusiasts, the Path of the Gods (or “Sentiero degli Dei” where god in Italian is “Dio”) extends from Bomerano to Nocelle. Connecting the two hamlets of Agerola and Positano.

The Path of the Gods is about 5 miles long and is a spectacular stretch of the mountain overlooking the sea, where you can admire the island of Li Galli, Punta Campanella and Capri on the horizon, with his spectacular Faraglioni, respectively. The walk of the God hike time is different from person to person, but the average time is 3 hours. The path, today mainly enjoyed by tourists and hikers, is the ancient road that once connected the two hamlets of Bomerano and Nocelle. In summer, it is still possible to meet, during the walk, some farmers with mules loaded with country products. Among the paths on the Amalfi Coast, this is certainly the most evocative.

Crossing terraces, crops and ruins of ancient stone houses, you will walk between paths overlooking the sea and the thick groves of the Mediterranean scrub. How can you miss the triumph of myrtles, wild fennel plants and the scents of maple and chestnut which smell in the landscape? Path of the Gods hike is a divine experience. If you are looking for a corner of paradise, close to nature, here is your best route.

Read more: Excursions by car in Naples and surroundings

Path of the Gods: why it is called that

Ulysses managed to resist the siren song just near the island of Li Galli. The gods of Olympus, however, underestimating how much Ulysses was smart, descended to Earth to help him. Wrong landing and instead of going down to Li Galli, they arrived at the Lattari Mountains. Here they began to run and it was their own steps to trace what we now call ‘Path of the Gods‘.

The route from Bomerano to Nocelle

Walking the Amalfi Coast to discover the Path of Gods is possible choosing to hike it from Bomerano to Nocelle or following the road that leads from Nocelle to Bomerano. We suggest you the Bomerano-Nocelle route. So leaving in the morning you can walk in the shade, and the landscape with the sea on the left is much nicer.

To begin your excursion on the Path of the Gods on the Amalfi Coast go to Piazza Capasso in Bomerano. Take Via Pennino, a downhill road that leads you, after about 300 meters, to a wooden bridge. From here, go up the steps and get to a rolling road that you have to follow to the left.

After a downhill hairpin bend, you arrive at ‘Grotta del Biscotto‘ (the Cookie Grotto), so called because its shape resembles that of a typical rusk of Agerola. A short stop here is a must. The remains of an archaic life, recalled by the stone houses that survived the time, immediately transport you to the past.

Going along a dirt trail, you reach the passage of Colle la Serra, where there are two variations of the path, the one on the right and the one on the left, which later rejoin in Cannati. We suggest you the path on the left, so you arrive at the beautiful convent of S. Domenico in Praiano.

From Cannati, the Path of the Gods goes on to the hamlet of Nocelle, crossing the Gradelle valley. From Nocelle, once you reach the chapel with the crucifixion and the fountain, turn right and after about 500 miles you arrive at the farmhouse of Montepertuso, the hamlet of Positano that overlooks it from above. Once in Montepertuso, you can reach the center of Positano going down 1700 steps.

In order to guide you, throughout the entire route an accurate signage has been placed, with clear and visible signs. But we want to do more, and we give you also this Amalfi Coast map with the Path of the Gods, to take with you during your walk.

Is the Path of the Gods dangerous?

Wonderful, loved by hikers from all over the world and suggestive for the scenarios it offers. The Path of the Gods can be dangerous for those who have never ventured into the mountains. Before leaving for an excursion, therefore, you must bear in mind something about the Path of the Gods:

The precautions are important not only for the necessary equipment, which must include at least the appropriate boots and bottles of water. Actually, it is important you are a bit expert in offshore walking to be able to walk the entire path easily.

Path of the Gods: where to leave your car

Here we are to talk about where to park to get to the Path of the Gods. If you have your car, you can reach Vettica Minore from the SS163 Amalfi Drive and from here, through an uphill road, get to Bomerano. Here there is a free parking, where you can leave your car.

To come back from Positano to Bomerano, instead, you can take the Sita buses, Positano-Agerola route, even if the races can often have delays and the vehicles are crowded, especially in summer.

The most comfortable way to reach the Path of the Gods by car is to hire a luxury car with private driver. Even more, if in addition to visiting the most enchanting path of the Amalfi Coast, you also want to enjoy a few hours of relaxation in the beautiful Positano. And why not, venture into the Ferriere Path in Amalfi, too, full of waterfalls and waterways.

A personal driver will bring you everywhere you like and will pick you up where you want, according to the schedules that are more comfortable for you and offering you an exclusive driving service enjoying the best comforts. It is the best choice if you want to take a complete tour of the Amalfi Coast, surrounded by luxury and beauty. Read more: things to do in Amalfi Coast, one day trip.

Come to discover the Amalfi Coast

Citrus groves, watercolors of houses overlooking the sea, aristocratic villas and medieval religious architecture are just some attractions of this paradise on earth.

Come to discover them all and choose to spend a few days on one of the most spectacular coasts of the Mediterranean. Maybe, with the support of a driver who will take you to discover the Amalfi Coast. 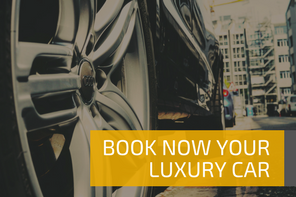